The species of January 2016 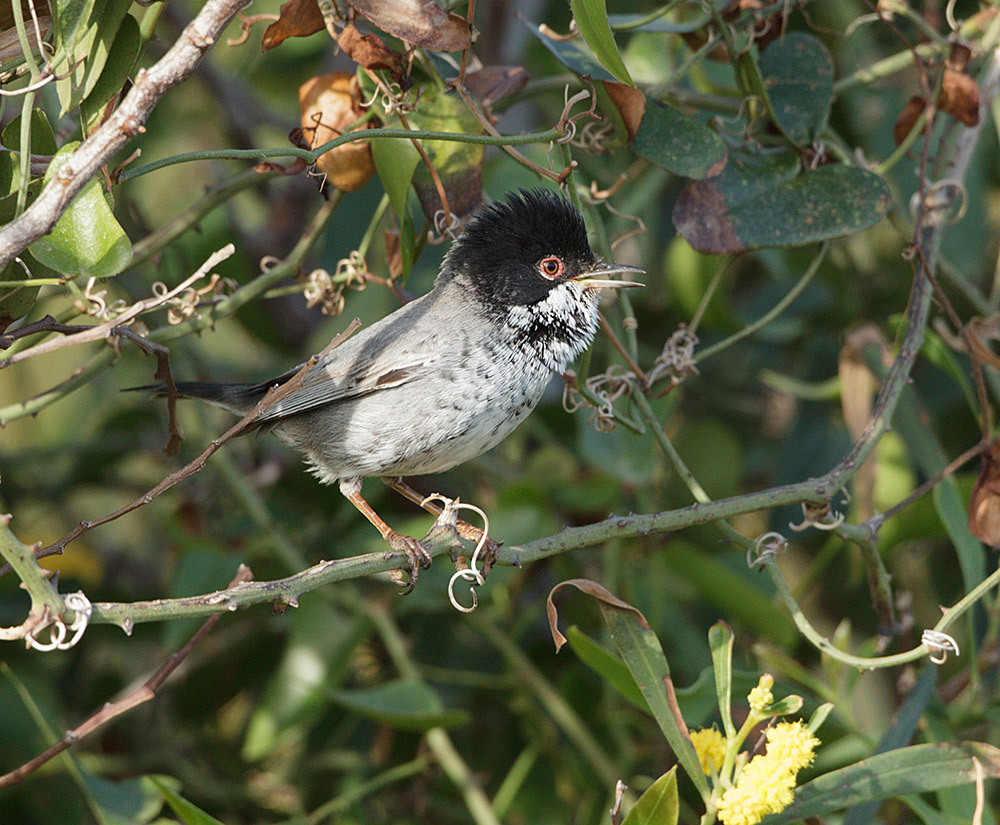 Description
The Cyprus warbler is a small dark grey passerine bird [1,2]. The head of the male is black and it seems like the hat of the guard of the Buckingham Palace of England [1]. Its beak is black with yellow part at its base. At the bottom, except of its abdomen, the male has bold black spots while the female has more sparse spots. Also, the male has white “moustache” and red ring around its eyes. These rings of the female are faded [2,3,4]

Distribution
It lives in bushes, mainly in orchards, near the sea or in medium altitudes. It can be found in the forest of Akamas and in many other areas of the island, such as Paralimni and Agros. It avoids open or cultivated areas and dense forests.

Breeding
During the mating season, from March to June, the male has the habit of calling the female with several shows, flying in the air with its tail raised. Their nests are commonly found in various bushes, notably spiny as cistus creticus and calicotome.It lays 3-5 eggs with cream colour and brown-green spots. Their incubation lasts 12-13 days, which it takes over by the female. It feeds mainly with insects, worms, spiders, and sometimes with ripe wild fruits [1,2].

Additional information
Although the Cyprus warbler is a protected species, a large number of it is killed every year in Cyprus mainly due to illegal bird trapping with limesticks and nets, which are primarily targeted to arrest (and consume) of blackcap [5]