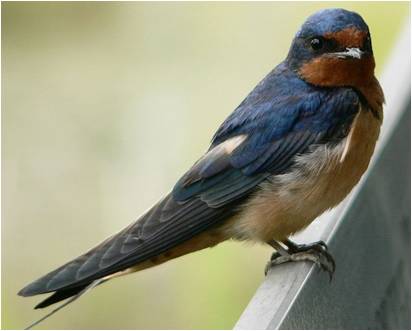 The characteristic twigs of the swallows and their dancing wings are the herald of spring and flowering in our country. The island has given us a wealth of songs, poems and tales related to swallows. However, most people believe that there is only one type of swallow. But the truth is that there are quite a few different species with their particular characteristics [4].

Description
The most well-known type of swallow found in Cyprus is Stavlochidono. Its black-and-white plumage and its long scissor tail are the main features of Stavlochelidon. Also, his reddish neck is a special feature that sets him apart from the rest of his family. Still, a very striking feature of its appearance is that it has a metallic dark blue color on the top of its plumage, while the rest of its plumage is white. His body size ranges from 19 to 21 cm.

Breeding Season
It breeds twice a year in April until August and during the breeding season usually lays 4-6 eggs that are incubated for about 16 days by the female swallow. The female swallow is called by the male with circular aerial movements and songs. His nest is made in the shape of an open cup with mud, straw and down. Its main hideouts are usually the terraces and the outer warehouses of houses [1,5].

Food
Its main food is exclusively tiny insects, which it traps with its beak during its flight as it is an aerobic bird. Because it only feeds on insects such as mosquitoes and flies, it is considered one of the most useful birds on the island, traveling vast distances to reach our land [4,5].

The migration of swallows
The long journey of the swallows lasts several weeks and reaches up to 20,000 km. Their migratory journey is characterized by many beautiful natural images that the swallows meet. However, there are many difficulties along the way: they are confronted with birds of prey, thunderstorms, strong winds, crossing vast deserts and seas to reach the Mediterranean. Also, another major problem they face on their migration journey is that many places, where they could rest and recover, they are destroyed or polluted, so they are considered unsuitable and unsustainable for swallows. Therefore they forced to continue their journey. [3].

Protection
Barn swallow is a common bird on our island, but its population appears in smaller numbers. Thus, this species of swallow is included in the Red Book for the Protection of Endangered Species, and in particular the species listed in Annex II to the Berne Convention on the Conservation of European Wildlife and Natural Habitats [2]. 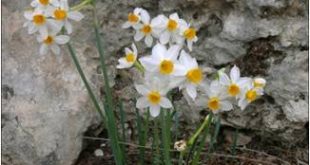