Description
Its body reaches a total length of 30 cm, is typically flattened and its head is triangular, pyramidal and looks like a helmet from which protrude 3 lobes [1,2,3]. A special feature of the reptile is the fact that the eyes are very large and can move independently of each other, giving the animal excellent vision as it can see in different directions at the same time. The body of the animal is adapted to arboreal living, which is evidenced by the toes that are joined and by the tail which is thin and ends in a small winding so that it is well hooked to the branches. [1,2,3].

Habitat
The Chameleon is a diurnal reptile which during the summer months is found sitting on the branches of shrubs and trees waiting for its prey consisting of various dragon flies and other insects which it catches with its long and sticky tongue. In Cyprus it is found at low altitudes with dense vegetation or even in gardens and parks of residential areas.

Adaptability
The Chameleon is characterized as a slow-moving animal, as a result of which it develops different ways of avoiding natural predators, such as the ability to quickly change body color depending on the surrounding area, one of the main features of this reptile. The change in body color is also a method of communication between individuals of the species since during the breeding season males adopt more fancy colors to attract females while when females do not want to mate they show white spots which repel males [1].

Threats and protection
This particular reptile is threatened by the destruction of its special habitats by fires, agricultural machinery, tourism development, moving vehicles that cause high mortality on the roads, but also the illegal trade, since they are collected and sold as exotic animals [3]. Chameleons are included in Annex IV of Directive 92 / 43EEC and are protected by national legislation with the 2003 Wildlife Conservation Act [1]. It is up to all of us to protect this particular reptile by limiting anthropogenic activities that have a negative impact on its natural environment. Can we; 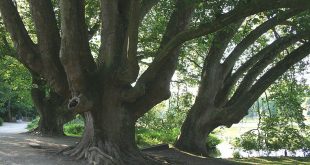