The species of February 2021 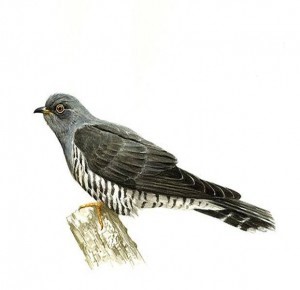 Description
The cuckoo is a medium-sized bird that ranges in length from 32-36 cm, while the wingspan can reach up to 60 cm. It has a long slender body with a long rounded tail and long wings so when it flies it looks like a small hawk. The color of its plumage on the back, neck and wings is gray-blue, while its belly is whitish with dark streaks. In females there is a rare variety that is reddish brown on top and has streaks all over their body.

Characteristics
It is a bird widely known for its characteristic two-syllable call, “cockou cockou”, to which it owes its name.

Migration
Common cuckoo is a passing visitor of our island and its arrival has been closely connected with the arrival of Spring, which is why it is considered by many as its main harbinger.

Habitat
It is found in all types of soils, in forests and open plains up to mountainous areas.

Reproduction
The special reproductive habits of the cuckoo make it stand out from all migratory birds. It is a parasitic bird i.e. Common cuckoo does not make its own nest but lays its eggs in nests of other birds. Extremely impressive is the fact that it manages and lays mimetic eggs, i.e. eggs that look like the eggs of other birds and usually lays one egg at a time in a different nest. The “owners” of the nest, deceived, spin the cuckoo egg and take care of it as their own. As the chick emerges, even though its eyes are closed, it manages to throw all the other eggs out of the nest to be the only survivor. Birds that behave like “adoptive parents” hearing the constant crying of the chick and seeing its permanently open mouth are forced to hunt much more than usual, to feed the giant chick, considering it their own offspring.

Protection
According to the International Union for Conservation of Nature (IUCN), the cuckoo has been classified as a Minimal Concern (LC) worldwide, but with declining trends, especially in Western European countries. 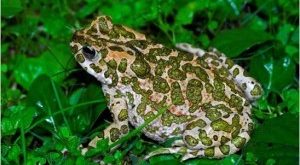