The species of March2017 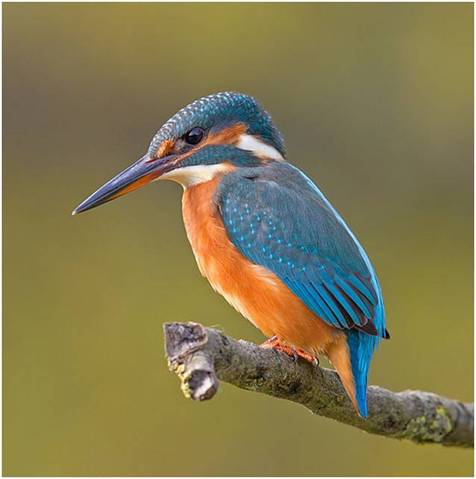 It is a very impressive bird with vibrant colors, which either visits our island in winter to overwinter or uses our island as a station during its migratory journey [1,2]. King fisher plumage is a bright blue color that contrasts with its orange-red breast. Her head is disproportionately large compared to her small body. Specifically, its length is usually 16 cm [1-3]. Despite its bright colors, alkyone is not easily discernible in its natural environment.

Habitat
It is a bird that frequents densely vegetated banks of rivers, lakes, fish farms as well as rocky or bushy shores of the seas [1,2].

Food
It feeds mainly on small fish and more rarely on tadpoles which it catches with its sharp beak. Its flight is very fast, in a straight line and low above the water [1,2].

Mythology
According to an ancient Greek myth, the bird was Alcyone, the daughter of King Aeolus, whom Zeus and her husband transformed into birds after her suicide due to the death of her beloved husband. Specifically, Alcyone lived happily with her husband Kyika and their love was enviable. One day, Kyikas went out to sea for fishing, although Alcyone discouraged him because of a bad feeling. As he fished, strong winds blew and sank his ship. Alcyone, who was watching the scene from afar as soon as she saw his ship getting lost in her despair, fell off a rock and was killed. Because their love was so strong, the gods took pity on them and transformed them into birds, our well-known alkynes. Also because they lay their eggs usually in the icy January, Jupiter felt sorry for them and allowed summer to be two weeks, that is, for as many days as Alcyone laid the eggs. For the sake of these impressive birds, the hot days of January were called alkyon days. [2,3]

Other information
The King Fisher, also known as Alcyone, is considered a charming bird in many places. For example, in some areas retailers keep it embalmed in their stores to increase their wealth and shopkeepers to increase their customers. Her crew is also sought after for decorating women’s clothing and hats.