The unique natural environment of Cyprus keeps its rare beauty and diversity of structures. Despite the millennial human use and the many changes that has suffered through the centuries, it still presents a rich biodiversity at all levels.

The coastal sand dune communities in Cyprus, as in most countries of Mediterranean Europe, during the recent decades have accepted tremendous pressure. Natural coastal habitats of great biological importance as salt marsh plant habitats, wetlands and sand dunes are estimated to have perished in 60-90%, leading to a drastic reduction of biodiversity and extinction of many species of flora and fauna (European Communities, 2002). It has been estimated that, over the last 30 years, 75% of the sand dunes communities of the Mediterranean have been degraded or destroyed mainly because of tourism (Van der Meulen & Salman, 1996). Despite the lack of sufficient data, it appears that this has also happened in Cyprus, as the area of natural coastal habitats is limited to a few square kilometers. 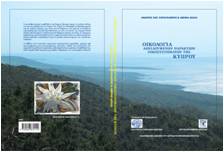 This publication is a result of research that started on the January of 2003 sponsored by the Research Promotion Foundation (Research Project “Eviko-PENEK”). 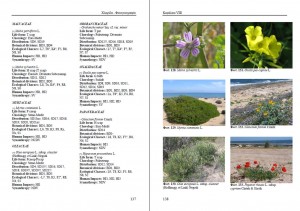 At the level of the sand dune ecosystems vegetation 50 plant communities were identified which can be syntaxinomically classified in 13 Alliances, 11 Orders and 10 Classes, while in the salt marsh ecosystems were identified 33 plant communities which belong to 12 Alliances, 9 Orders  and 8 Classes. Many of those were recorded for the first time in Cyprus and therefore knowledge about their distribution extends to the region of the Southeast Europe. Information is also given about the floristic composition, their distribution in Cyprus, their conservation, their synanthropy, their soil characteristics and the pressures and threats they receive. Particularly important is the fact that this version includes some innovative methodologies and approaches adopted in the survey (Chatzichampis, 2005) and can be applied to other studies by other researchers of coastal ecosystems and / or other types of communities and ecosystems. As an example we could mention the sequences of living forms (Chatzichampis, 2005) and the use of synanthropy in botanical and ecological analysis.

The analysis of the plant communities’ soil characteristics, which were identified at the Cyprus ecosystems of sand dune, showed that these consist a mosaic of the diversity of the soil parameters. The environmental conditions in which plant communities were observed, are also important elements that come to light in this research project, which   consist first  survey of such type in Cyprus. The examination of soil factors’ diversity the plant communities of sand dune ecosystems is  another important knowledge that strengthens and expands the scientific knowledge about the ecology of these ecosystems in general.

The scientific data generated and have come to light with the publication of the book Ecology of Cyprus Coastal Threatened Habitats  (2007), have created a critical mass of scientific knowledge and which may form the basis and starting point for implementing a series of actions such as  monitoring of species, habitats and ecosystems, the development of management plans, the delineation of nature protection areas, the restore of species, habitats and ecosystems, the implementation of environmental education programs aiming awareness and information as well as plans for the use of the plant genetic resources.

This book is an important scientific manual, useful for undergraduate and graduate students and researchers dealing with ecology, biodiversity and natural environment, but also for any reader with special interest in these issues.