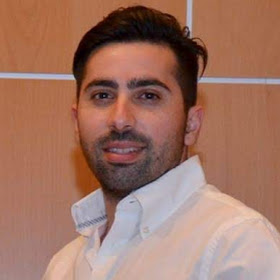 Dr. Michalis A. Vasiliades is a Research Lecturer at the Cyprus Centre for Environmental Research and Education, CYCERE, since June 2020. He holds a bachelor’s degree in Biological Sciences with minor in Bioinformatics from the University of Cyprus (2008-2012), a master’s degree in Biological and Bioprocess Engineering from the University of Sheffield (2012-2013), and a PhD in Environmental Heterogeneous Catalysis from the University of Cyprus (2013-2017). During his doctoral and postdoctoral research, he was involved in national and worldwide collaborations with Research Institutes and Universities, under the supervision of Prof. Angelos M. Efstathiou, the head of the Heterogeneous Catalysis Laboratory of the University of Cyprus (i.e. Beijing Forestry University (China), Khalifa University (UAE), Chemical Process and Energy Resources Institute (Greece), Agricultural Research Institute (Cyprus)). In parallel, he was supervising undergraduate and postgraduate students during their thesis, while he was a teaching assistant of the Chemical Technology, Analytical Chemistry and Catalysis modules. In addition, he was working closely with the Research and Development Departments of two worldwide recognised companies in the field of hydrocarbons and chemicals (SASOL, SA and Luxfer MEL Chemicals, UK, respectively). Even though the short time being in academia (since September 2013), he enumerates more than 20 publications in peer-reviewed journals with high impact factor (> 10), three of which are in the best journal of Environmental Engineering (Applied Catalysis B with IF > 14). Moreover, he has an h-index of 8 with more than 250 citations, while in parallel he presented his research work in more than 15 national and international conferences and symposiums. His quality and level of work is well recognised by the community, as he got a first prize award as a PhD candidate (2017) from the Faculty of Pure and Applied Sciences of the University of Cyprus, but also he got in two consecutive European Congresses on Catalysis (EuropaCat 2017 and 2019) the best poster award among 1000+ participants. In addition, in 2019 he was nominated for the Young Researcher Award in the field of Life Sciences and Engineering from the Research Promotion Foundation, where his work graded with more than 90% from experts in the field of Catalysis.