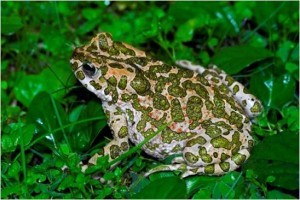 A characteristic feature of his appearance is the well-developed parotid glands that protrude from his head. The color of the upper surface varies in shades of gray and olive with some darker olive spots and orange spots. The bottom has a light gray color. The female has a larger size than the male.

Characteristics
It is a medium to large amphibian. The difference between toads and other frogs is that the skin of toads is rough and dry, while the skin of others is smooth and moist. The only species of toad found in Cyprus and it is a fairly widespread species of toad in Europe. This species is difficult to observe during the day, since it is a nocturnal species, i.e. it remains active during the night. An exception is the breeding season during which the green toad is active throughout the day. In other countries where this species is found it has been observed to hibernate. On our island, however, it remains active throughout the year.

Reproduction
Impressive is the fact that during the breeding season the males present more intense colors to entice the females. Their breeding season can start in February and last until July. The number of eggs ranges from 2000 to 30,000 eggs. The laying can take place in a variety of aquatic ecosystems such as small ponds or watering places for farm animals.

Food
Its diet during the adult phase of its life includes terrestrial invertebrates and insects, mainly crickets, worms, small butterflies, moths, beetles and caterpillars, while during the tadpole stage it feeds on algae and nutrients that live in the ecosystem.

Toxicity
This amphibian has the ability to secrete toxic hormones from glands of its skin to prevent potential predators and enemies. These substances are particularly unpleasant and irritating. They are harmless to humans but they can cause some symptoms of irritation or others if swallowed or come in contact with the eyes and wounds.

Protection
The green toad is protected by national legislation in accordance with the “Law on Protection and Management of Nature and Wildlife [No. 153 [1] / 2003]” and is mentioned in Annex IV of Directive 92/43 EEC and Annex II of the Convention of Bern. The main danger it faces nowadays is the drying up of its breeding habitats. 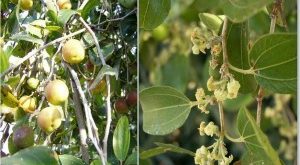